I used to blog on another platform. Check out what I shared in earlier years here.

Task 3:
Where angels fear to tread

This task is about reading to find information and make inferences.
Read ‘Where angels fear to tread’, then answer the following questions.

How old is Ngorongoro Crater?

The Ngorongoro crater is about 2 million years old.

What word does the writer use in the middle of the story to indicate that he wasn’t scared of buffalo?

The sentence “But they weren’t lions, only buffalos” shows that he isn’t scared of buffaloes and was relieved that there aren’t any lions. The word “Only” Is a strong word.

c)
What would have been a useful item to take on the walk to the lodge?

A flashlight, Why? Because as in the text, it was night time for them so they needed light to see everywhere. And also there’s no moon for light.

d)
Explain how the saying in the final line, “Fools rush in where angels fear to tread”, goes with the story.

“Fools rush in where angels fear to tread” refers to a person who behaves impulsively; they don’t think before reacting. The saying goes with the story because a group of people, Halina and the speaker travel to Africa before knowing very little about it e.g. dangers,
animals, people.

“Fools rush in where angels fear to tread” this phrase would prove that halina was foolish enough to way out the buffaloes to clear their own pathway whilst the prudent people like the local man who knew about the animals and had recollection of the animals would back off of the wild animals.

What two lessons could be gained from this story?

i. Always find out what you’re heading for before you head for them.

ii. Don’t go to a different/foriegn country without learning tons about it

Today I did a task about different transforming such as reflecting, rotation and translation but it was very easy 🙂

Today I did a task on stastistics and probabilities. It was very easy.

Today I did a task about a statistical inquiry on the correlation between hours of sleep and the year groups. We had to go through these 5 phases call PPDAC (Problem, Plan, Data, Analyse and Conclusion.) After we finish we could do 3 extra special tasks that can relate to the task. This task took about 1 work week to finish off as the 5 phases were done daily.

Hello my name is chaun and this task was about growth and fixed mindsets. I’ve made a quote based off of my troubles in life

“Not everything in life is easy by snapping your fingers. You have to work hard and sacrifice for your achievements and goals”

And this task was very easy and fun 🙂

Today I did a task on a story named “The Fantail” I didn’t read the whole story but I still answered all the questions. 🙂 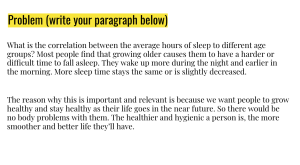 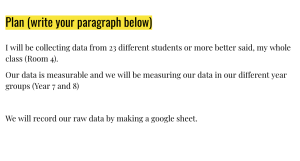 Today I did complex ratio / Extension work because I finished all of my other work. It was sometimes hard but sometimes easy. Overall this was super fun and its knowledgeful (I don’t know if that’s a word) 🙂

Today I did a class maths group task on Ratio by filling up a plastic cup with raro and the raro to water ratio is 8 grams : 100 ml and each person in my group had to decide if the raro to water ratio was perfect, if there was more raro than water or if there was more water than raro. It was a quick and easy task and also after we did that we got to drink the raro. 🙂

Today I did a quick task that has to do with ratio. It was only practice so it was insanely quick and easy. 🙂

About Me | Ko Wai Ahau

Hi my name is Chaun, I am 12 years old at Pt England School, this is my about me.

My favourite things to do is watch anime and play basketball, I also love playing with friends online and outside, my best friends are Aaron and Gabriel.

My language is english, my mum said I was a bit Japanese considering my grandfather was Japanese.

My dislikes are, Anime spoilers and my older brother (he is super annoying to me sometimes).

My lovely family are very nice and loud sometimes, they still get me nice stuff and anime stuff when I want it.

Keep connected with this blog